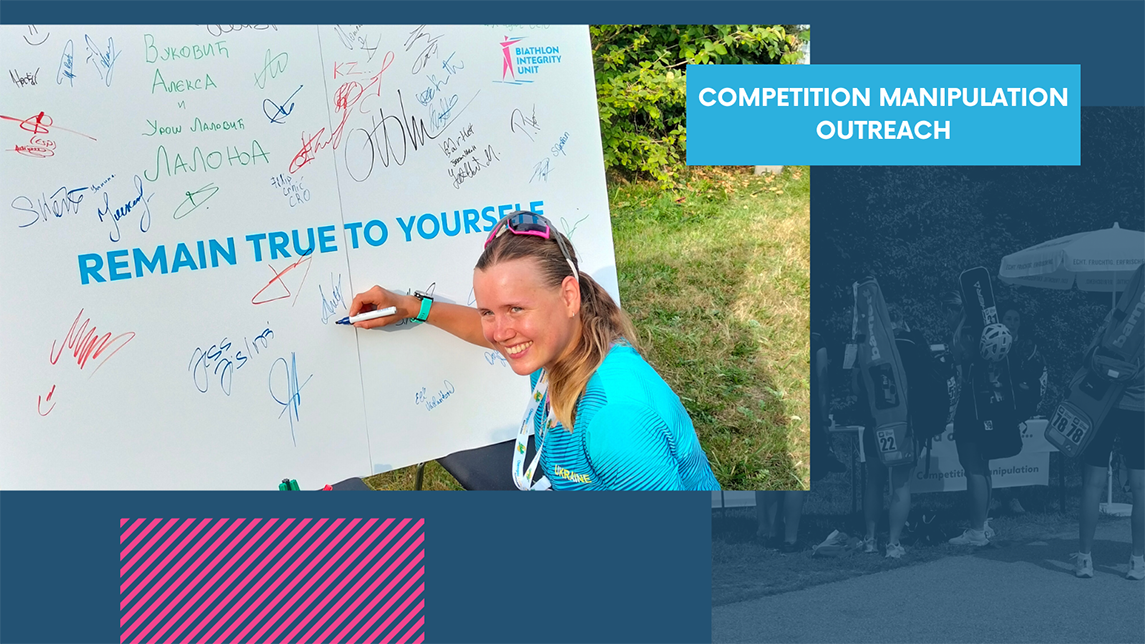 The BIU conducted a quiz among athletes and support personnel at the SBWCH in Ruhpolding to provide information on the risks of match-fixing.

Competition manipulation or match-fixing is defined as an intentional act to unfairly change the course or the outcome of a sports competition. One of the BIU’s tasks is to make sure it does not happen in Biathlon.

The aim of the outreach programme was to provide information and education on the risks of competition manipulation, using a quiz format.

The quiz aimed to reinforce the four main rules relating to match-fixing:

The quiz comprised six case studies of potential competition manipulation or match-fixing, and participants were asked to choose whether or not a variety of actions by athletes and/or support personnel were in breach of the rules.

In all, more than 100 biathletes and coaches from 24 countries took part in the quiz over the four days, signing a ‘wall’ to show that they had participated.

The BIU was delighted at the high level of interest shown by participants, and in most cases their awareness of the risks of competition manipulation.

However, two questions in particular showed that some participants were uncertain over some aspects of match-fixing:

·         Only 58% of participants knew that betting on biathlon competitions is forbidden for anyone involved in biathlon.

·         In the case study that produced the highest number of wrong answers, an athlete told her best friend about an injury to a teammate before it was publicly announced. Almost 40% of respondents said that this is not competition manipulation. However, disclosing inside information to anyone outside the team, even to a good friend, is, in fact, against the rules.

Participation in the quiz enabled BIU staff members to engage directly with athletes and support personnel to correct these errors and explain the rationale behind the rules.

Although the main topic of the outreach was competition manipulation (match-fixing), everyone was welcome to ask any questions about other integrity issues such as anti-doping and safeguarding at the BIU booth.

The quiz can be found here.