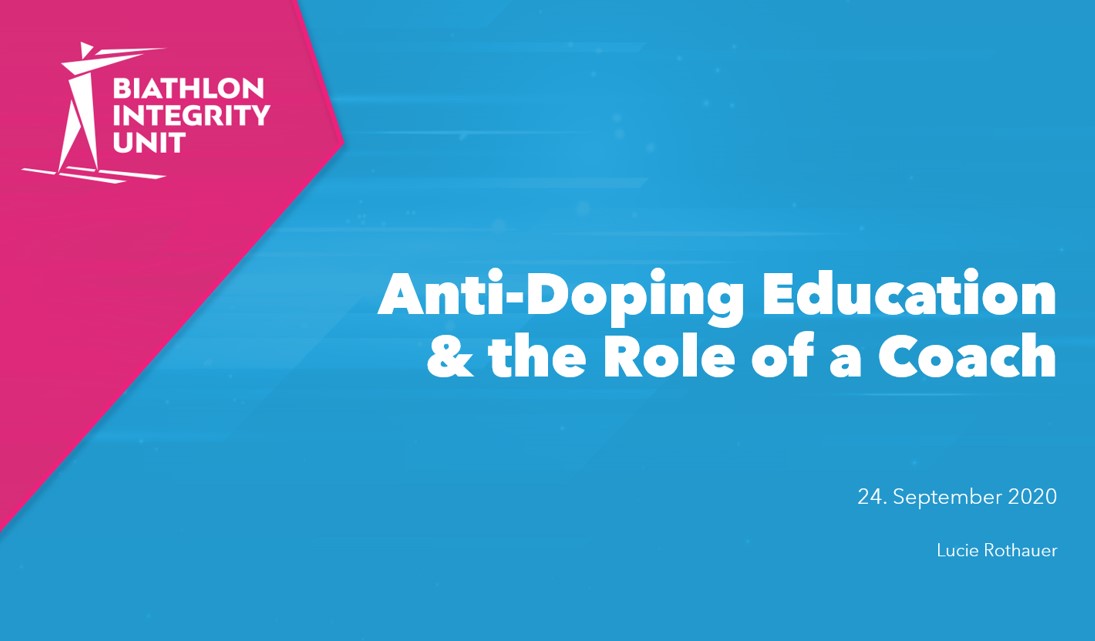 The Biathlon Integrity Unit (BIU) was pleased to play its part at the 2020 IBU Coach Webinar Week, which, due to the current COVID-19 global pandemic, took place virtually at the end of September.

Participating for a second successful year, the BIU provided coaches with essential values-based education on anti-doping in biathlon. Topics covered during the anti-doping education session ranged from the World Anti-Doping Code and Prohibited List to rights and responsibilities, and from injuries and illness to Therapeutic Use Exemptions (TUEs).

“Coaches are those that are often closest to athletes, and therefore hold the most influence over athletes’ decision-making, particularly those athletes who are young and at a stage where they are learning fast. It is crucial that we are able to play a hands-on role, educating coaches on the global anti-doping rules, why they are in place and the impact they have on an athlete’s career – so that athletes receive the right messages from those they trust most,” said BIU Head, Greg McKenna.

More than 320 participants registered for the IBU’s Coach Webinar, which was conducted to provide coaches from all National Federations with key education and knowledge in the principles of training young athletes at the national level.

The training was held over four days and drew an international team of biathlon experts from elite sport, education and psychology. The experts delivered a series of lectures with each day focusing on a different topic; along with anti-doping, the topics included: Talent identification and development in biathlon; Skiing technique; Shooting; and Psychology in biathlon.

The webinar formed part of the IBU’s strategic plan, Target 26, to empower federations by providing them, as well as athletes and coaches, with practical support. In the future, such training seminars will fall under the management of the yet-to-be established IBU Academy.