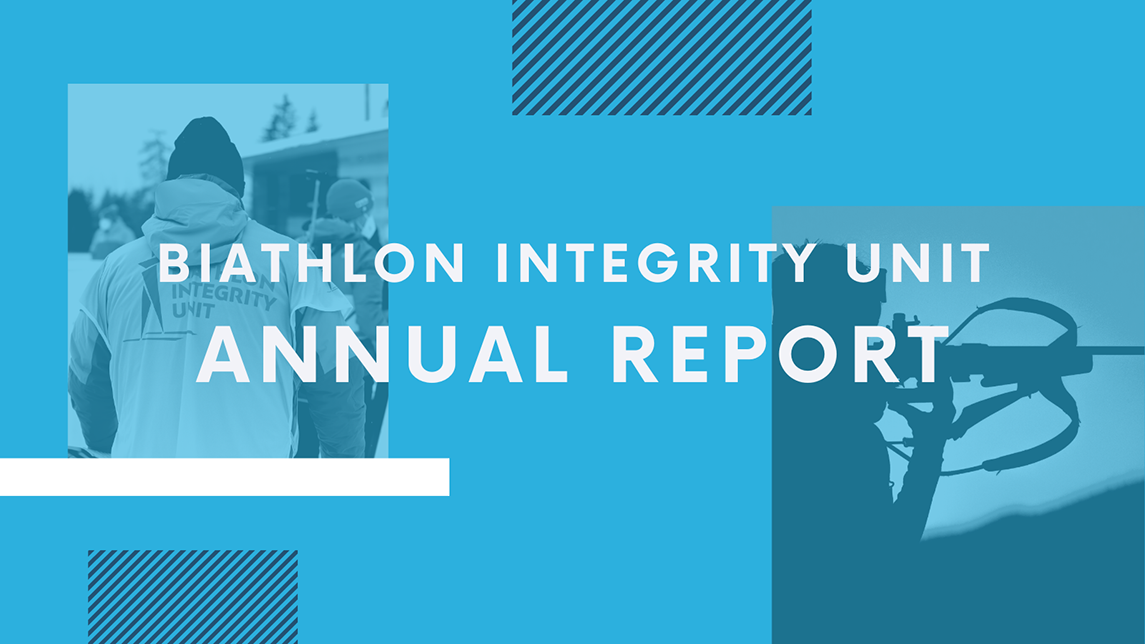 The Biathlon Integrity Unit presented its annual report for 2021-2022 to the Board of the International Biathlon Union during the IBU Board meeting on 19 and 20 June.

The IBU funds the independent operations of the BIU.

In her introductory message to this, the BIU’s second annual report, Louise Reilly, chair of the BIU’s Board, describes 2021-2022 as “a year in which we advanced and consolidated our status as protector of the integrity of Biathlon and the body charged with ensuring a clean and trusted sport.”

Out of a total spend of €1.76 million ($1.86 million), which was well within budget, the report shows that 61 per cent was spent on Testing and Compliance, 13 per cent on Operations, 12 per cent on Case Management, 11 per cent on Prevention, 2 per cent on the BIU Board and 1 per cent on Others.

The report details a representative sample of four doping cases that were successfully prosecuted during the year.

The BIU was established in the wake of allegations of corruption by former senior IBU officials, and the report explains that the BIU is continuing its investigation begun by the Austrian Police and an External Review Commission.

The report also lists the board’s other achievements during the year, which included:

·         Holding a series of athletes’ and coaches’ seminars, webinars and round table discussions throughout the year on various aspects of sporting integrity

·         Helping the IBU to draft and implement its new Integrity Code

·         Co-operating with Sweden’s National Anti-Doping Organisation to make use of its drug detection dog Molly during a Swedish IBU World Cup event.

In 2021-22, the BIU used social media (Instagram, Twitter and YouTube), press releases, website news articles and blogs, videos, podcast interviews and webinars, plus on-site workshops and meetings, to ensure that its messages were heard loud and clear across the Biathlon family.

Greg McKenna, Head of the BIU, said: “We have continued to develop our operational capabilities, in particular, the addition of a specialist team member to support our prevention programme. The support we have received from the IBU and wider Biathlon Family has been extremely positive.”

The Biathlon Integrity Unit is an operationally independent and specialised unit of the International Biathlon Union. It was established in 2019 in order to ensure all of Biathlon’s stakeholders can have confidence that ethical issues i